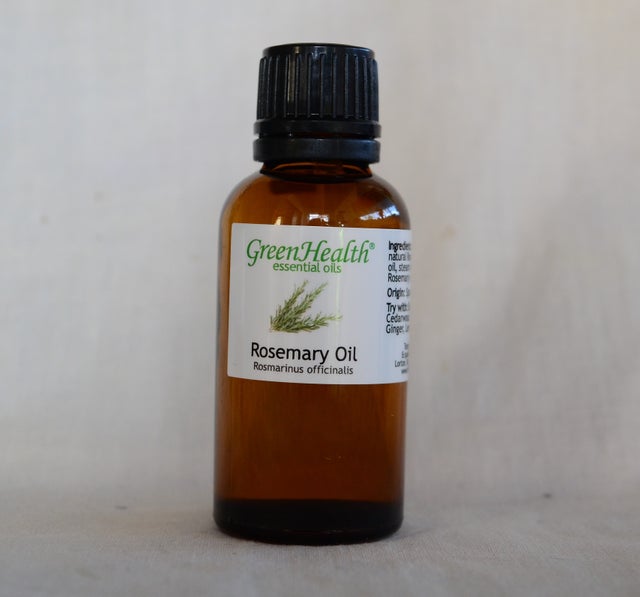 Rosemary named by the Romans means “the Rose of the Sea”. It’s odour resembles that of camphor and due to the nature of its disinfectant properties was used in rooms of the sick.

It is the symbol of Hope and Union. It was used in rites associated with both marriages and. Funerals. Shakespeare used it in his works as the symbol of Memory.

On the nervous system, Rosemary essential stimulates the central as well as the parasympathetic nervous system. It is an effective nerve tonic. It is used to manage stress, headaches, confusion as well as mental and physical fatigue. It is used to treat depression, melancholic and shyness. It is used in convalescence as it strengthens the system. It is also used to strengthen the psyche and helps in promoting self-affirmation.

For the respiratory system, this oil is an antiseptic and fights respiratory tract infections, like chronic bronchitis, asthma crisis, coughs, colds and flu. It is a tonic for the lungs, used in steam it is used against sinusitis, it is an expectorant and improves breathing.

On the digestive system, it helps with digestion, indigestion, bloating, and aids in the elimination of intestinal gas. It is used in treating colic, diarrhoea and gastro-enteritis. It stimulates and is tonic for the liver and the gall bladder. It stimulates the pancreas, , it is also used to combat nausea in pregnancy.

For the muscular system, Rosemary Essential oil is used to treat traumas and is used before and after sports. It is the preferred oil for sports persons. It is also used to treat rheumatism and the pain of arthritis associated with painful and swollen joints. It is also used in the treatment of athlete’s foot. It is a powerful stimulant and revitalizes the muscles.

For the urinary system, this essential oil regulates the kidneys, and is used against the retention of liquids, and to treat cellulitis. It is used to eliminate toxins and combat gout.

For the skin, due to its antiseptic properties, Rosemary Essential Oil is used to treat acne, and cuts. Used on the scalp it is a hair tonic and used to combat dandruff and falling hair. Its action on the scalp is strengthens when used with lavender. It is also used to get rid of lice. It is anti-inflammatory and is used to treat eczema. It protects and is a tonic for the skin, and is used against wrinkles by enforcing skin elasticity. It heals wounds through its effect on stimulating skin growth.

Dosage – for internal use, a maximum of 6 drops per day.

Caution – Those suffering from epilepsy, hepatitis or hypertension should refrain from using Rosemary Essential Oil. Excessive dose may provoke spasms and convulsions. It should be avoided during the first 5 months of pregnancy. Avoid using this essential oil on babies and young children. It is a powerful stimulant in small doses.